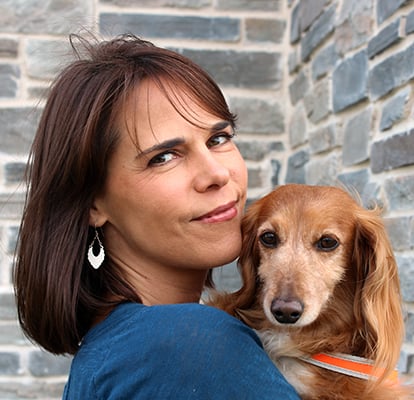 Hate crimes against minorities have increased in the U.S. This is unacceptable. We all must take a stand against xenophobia, racism, and discrimination in our communities. If you have experienced racism because of your race or national origin in your community or in your search for housing, report it to HOME to investigate and get you help.

You are protected from harassment in your neighborhood. Harassment includes interference, coercion, threats, or intimidation. Examples can include neighbors using racial slurs against a fellow neighbor, the distribution of hate mail to a minority neighborhood, a landlord verbally abusing a tenant because of their national origin, and more.

Learn more and contact HOME if you witness or are subject to harassment in your home or neighborhood based on your protected class.

By law, you may not be denied or treated differently in the rental, sale, lending, or insuring of housing anywhere in Virginia on the basis of any of the following protected classes:

Race was one of the first four protected classes covered by the Fair Housing Act of 1968. This class refers those belonging to or having the physical characteristics of any racial group.

Color was one of the first four protected classes covered by the Fair Housing Act of 1968. There is overlap between color, race, and national origin, but generally this class refers to the visible color of one’s skin.

Religion was one of the first four protected classes covered by the Fair Housing Act of 1968. People of all religions are protected, including people who have no religion.

National origin was one of the first four protected classes covered by the Fair Housing Act of 1968. National origin means where you are from or perceived to be from. This includes ancestry, ethnicity, birthplace, culture, and language.

In 1974 the Fair Housing Act was amended to include sex as a protected class. This class protects individuals from discrimination based on biological sex, gender, and gender stereotypes.

In 1988 the Fair Housing Act was amended to include disability as a protected class. Disability is defined as “a physical or mental impairment that substantially limits one or more major life activities.”

In 1988 the Fair Housing Act was amended to include familial status as a protected class. Familial status covers anyone who has legal custody of children under age 18, is pregnant with a child, or is in the process of adopting.The only exception to the familial status protection applies to communities for the elderly.

For the purposes of law, elderliness refers to persons age 55 or older. Elderliness is not a protected class under federal fair housing laws, however, Virginia fair housing law extends protections to those age 55 and up. It is unlawful to refuse to sell, rent, or negotiate housing based on elderliness.

Source of funds, or source of income, became a protected class in the Virginia’s fair housing laws on July 1, 2020. It is unlawful to discriminate because of any source that lawfully provides funds to or on behalf of a renter or buyer of housing, including any assistance, benefit, or subsidy program, whether such program is administered by a governmental or nongovernmental entity.

In 2020, sexual orientation was added to Virginia’s fair housing laws. It is illegal to discriminate against a person for their actual or perceived heterosexuality, bisexuality, homosexuality. This includes discrimination due to someone’s physical appearance, mannerisms, the partner they are with, or any self-identifying symbols or flags.

In 2020, gender identity was added to Virginia’s fair housing laws. It is illegal to discriminate against someone for their gender-related identity, appearance, or other gender-related characteristics of an individual, with or without regard to the individual’s designated sex at birth. This includes discrimination due to someone’s gender non-conforming appearance, their apparent gender not matching their legal identification (drivers license), or any self-identifying symbols or flags.

What is Fair Housing?

Fair Housing is the idea that all people have the right to live where they choose, free from discrimination. Fair housing is about embracing diversity and striving to create stronger communities that are welcoming and inclusive. Fair housing is not about giving certain people special rights, it’s about making sure everyone has equal rights and equal access to housing.

In 1968, the Fair Housing Act was passed to protect people from discrimination in housing-related transactions, such as renting an apartment, obtaining a mortgage, or purchasing homeowner’s insurance. Under Virginia and federal laws, it’s illegal to discriminate against someone based on their status as a member of the following protected classes: race, color, religion, national origin, sex, familial status, disability, those age 55 or older, source of funds, sexual orientation, gender identity, or military status. Everyone belongs to one or more protected classes, so everyone should be protected equally by fair housing laws.

Discrimination is differential treatment of a person or a group of people based on a certain characteristic.

Discrimination can have many faces, from outright hateful to polite but ignorant. It also isn’t always one person acting against another, it can also exist in traditions, beliefs, policies, ideas, practices, laws, and institutions. Someone might act discriminatory even if it was not their intention. No matter how it happens, the result is that people belonging to certain groups are denied access to opportunities.

Most housing discrimination has come a long way from neighborhood signs demanding “white tenants only.” Today, it is often subtle, sometimes polite, and can leave people confused as to whether their rights were violated. The U.S. Department of Housing and Urban Development (HUD) estimates that more than two million instances of housing discrimination occur each year. Unfortunately, fewer than one percent of those instances are reported. It is important to learn what discrimination can look like in different situations to protect your rights, and the rights of others.

Discrimination can happen during the search for housing, such as applying for an apartment or buying a home. The result is that a person is excluded from living where they choose to and must look in a less desired location. This involves:

Discrimination can also occur in an already established living arrangement, such as in an apartment complex. The result is that a person may no longer feel welcome or safe and may feel the need to move to avoid emotional or physical distress. This involves:

Disparate impact is when practices or policies that are not made with the intention to discriminate are found to cause housing discrimination. For example – blanket bans on everyone with any criminal history has a disparate impact on African-American men because of the disproportionate incarceration rates between minorities and non-minorities.

How We Can Help

You don’t have to face discrimination alone. If you have been discriminated against in housing, or if you are unsure if you have, we can help. Submit a form to our fair housing team and one of our intake coordinators will contact you to discuss the details. It is important that you include as much information as possible, so we can help determine the best course of action.

HOME does not have attorneys on staff. For legal advice, please consult an attorney.

Even if you are not the direct victim of discrimination, we still want to hear about it! If you have heard of discriminatory practices occurring, contact us with as much information as possible so we can investigate.

How You Can Help

HOME relies on the work of dependable, social conscious testers to uncover instances of housing discrimination. If you are interested in helping us uphold fair housing in your community, please consider becoming one of HOME’s testers.

Think you may have been discriminated against?

Housing Opportunities Made Equal of Virginia 2023