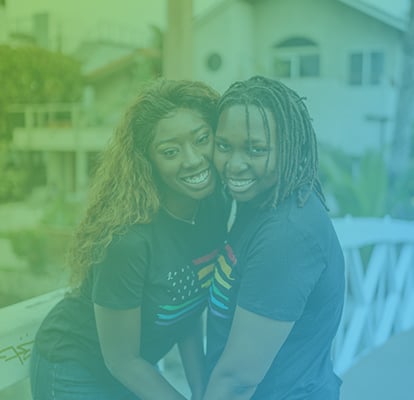 Sexual Orientation: It is illegal to discriminate against a person for their actual or perceived heterosexuality, bisexuality, or homosexuality. This includes discrimination due to someone’s physical appearance, mannerisms, the partner they are with, or any self-identifying symbols or flags.

Gender identity: It is illegal to discriminate against someone for their gender-related identity, appearance, or other gender-related characteristics of an individual, with or without regard to the individual’s designated sex at birth. This includes discrimination due to someone’s gender non-conforming appearance, their apparent gender not matching their legal identification (drivers license), or any self-identifying symbols or flags.

Examples of discrimination include:

The work that provided the basis for this publication was supported by funding under a grant with the U.S. Department of Housing and Urban Development.

Have you experienced discrimination based on your sexual orientation or gender identity?